I Wish We All Were Nude -- Remembering Prince 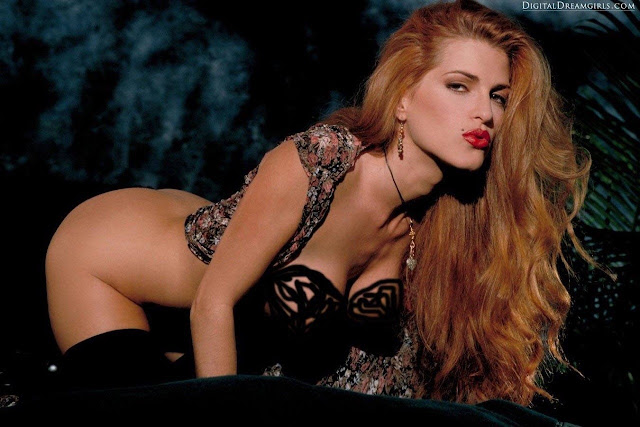 I Wish We All Were Nude
By Jo Weldon

Photo: Prince on the $19.99 dollar bill. Source unknown.
Also, me in my feature dancer days, photographed by the late great J. Stephen Hicks.
Thinking of my stripper sisters on Prince's birthday.
This is an article I wrote when I heard he had passed.


I’ve been stripping for decades, and I’ve literally–and by a large margin–made more money dancing naked to music by Prince than by any other single artist.

I started working in strip joints in 1980, at the age of 18. I was eager to get out of my parents’ house and start living the sex drugs and rock n roll life of my dreams. Stripping was certainly a fast track to all of that. Who knows why we want what we want? Lots of people experienced similar influences to mine, similar traumas and privileges, and didn’t want the same. But I knew what I wanted and was hellbound from the minute I got my first set of car keys.

I got my chops in Atlanta, which even at the time had an above-average per capita number of strip joints. However, strip joints didn’t have the semi-acceptance they have now. No one admitted that they worked in or frequented them. There were no bachelor parties or expense account businessmen in there until later in the 80s.  Music in the strip joints where I worked was so vastly different than the music I hear now when I visit strip joints, and not just because there is an entire body of music that has come out since then. Our customers were more conservative, more client-like, more serious about being there. They didn’t want to hear rock music or punk, and this being a white neighborhood in the south, they didn’t want to hear anything that sounded “too black.” Rap was barely available and black artists were notably absent from MTV. Mainly, the customers were conservative white businessmen and we were supposed to refrain from driving them out of the club with our eccentric and/or “ethnic” musical tastes. However, Prince defied categorization, sounding exactly like himself.  Prince just worked. Suits, punks, truckers, everybody loved him.

There were still the dancers’ musical needs to contend with, though. There were often two – four women dancing at the same time, and we all had varied musical preferences. I had to dance to pop country and top 40 that I, with my taste in rock/punk/RNB/Newwave, despised, and not only that, I had to act like I loved it if I wanted to get tipped. Again, the one artist we could all agree on was Prince. Rocker, conservative, country girl, we could all feel that groove. Prince hadn’t even quite hit the mainstream yet, but we all had Dirty Minds. We all liked Head.  As the 80s picked up speed (and so did I), Prince’s music continued to be the choice of both discerning and casual strippers. His music was shamelessly melodramatic, blatantly sexual, and had an in-your-face outsider flair that strippers, we who often referred to ourselves as “working on the island of misfit toys,” embraced. He queered masculinity, giving us a male icon who didn’t need to threaten us with frat-boy critiques of our appearance or resentment of our having, as misogynists inaccurately complained—right to our faces– “half the money and all the pussy.” He helped women get work, too – he produced girl groups Vanity 6 and Appolonia 6, who gave us a delicious repertoire of female-fronted explicitly erotic dance music that also challenged men’s sexual complacency (“I need seven inches or more. Get it up, get it up, I can’t wait any more”), as well as percussion genius Sheila E, and style and music heroes Lisa and Wendy of The New Power Generation.

As the stripping industry changed, having what many consider a heyday in the late 80s and early 90s, when rich oil tycoons, celebrities, and men on expense accounts blew tens of thousands of dollars a night in champagne rooms, we dancers continued to benefit from Prince’s genius. We stood wearing little but our smiles and our garters full of money on tiny round tables, bouncing on our patent heels and howling “Let’s Go Crazy!” to each other from our perches, while the oblivious business men below slipped money into our garters without looking at us as and then lit each others’ cigars. In the champagne rooms we ground our knees into drunk football stars’ crotches when they leaned forward, shoving their shoulders back while we mouthed along to “now move your big ass ‘round this way.” We swayed in a patient daze when business was slow, waiting for the crowd to come in, to “The Beautiful Ones.” To this soundtrack, I learned to see money as a wondrous alchemical instrument of exchange for desire, attention, fantasy, energy, and comfort. No matter what I sold, I always took myself home—and my money too. I will always remember what it feels like to be one of a dozen strippers in the dressing room at the end of the night, sitting in just our g-strings with our hair in messy buns, me with a champagne glass in one hand and a cigarette dangling from my lips as I separated the bills into staggering piles of ones, tilting piles of twenties, and neat fans of $100 bills. Magic.

I became a feature dancer in the 1990s, and of course Prince was a crucial part of my routines. I poured champagne over myself to “Diamonds and Pearls,” rolled around in whipped cream to “Cream,” flashed a whip as I strutted in thigh-high boots to “Pussy Control.”  I closed out my career in commercial strip joints in the early 2000s in New York City, having by that time ditched the drugs and most of the rock stars (though not the rock n roll) I’d been pursuing—and no less interested in The Sex. We were still dancing to Prince. I can remember in one set jamming out like a Fly Girl to EndorphineMachine, then following it with a slow slinky turn to Money Don’t Matter Tonite. As I flung my waist length hair back so that it flew in a cloud over my head, timed it so that when I leaned back it swept down the mirrored wall behind me, and sank to the floor, I stared into the eyes of a man in a suit (men we strippers called simply “suits”), as anonymous to me as I was to him, and watched him shower me with money as he unconsciously sang along to the song.

After the turn of the century my life slowly became taken over by the neo burlesque scene in NY, where a few theater purists considered me tainted by my actual strip joint experience. Somehow they suspected my motives couldn’t be pure, and they were right. I was tainted, but also enriched by my strip joint experience, just like my breasts were artificialized but also enhanced by my silicone implants, and I cared about sex and money as well as about art. I wanted sex and money IN my art. I performed mostly what we call classic burlesque in the style of my foremothers, in tribute to the way they made glamour out of adversity in what I knew were even harder times, and definitely for the money.

Finally, however, for Badass Burlesque, in response to criticism that sounded to me like “whores can’t be artists,” I created a fetish routine with tricks learned from my sex worker heroes—Annie Sprinkle’s dildo gagging, Carol Queen’s power in submission, and Midori’s shibari skills – and I set it to a song I had used in strip joints, naturally by the Patron Saint of Stripper Music.  The people in neo burlesque who supported me stayed true to their visions and are globally-celebrated performing artists now; the shamers are long gone to other pursuits. My International Lover number has taken me around the world, and I’ve performed it in Australia, New Zealand, London, Stockholm, Helsinki, in Canada, and across the United States, including in Margaret Cho’s Sensuous Woman show at Fire Island. I realized a dream with the music of my hero as my soundtrack.

With the passing of Prince, I appreciate even more all the things he meant to other people, and I’m thrilled that so many people have taken him so personally, in ways that they feel ownership over for reasons that vary as widely as Prince’s body of work. As a stripper, I always felt him to be one of us, somehow. I can hear his older songs and picture the laughing, big-haired, high-heeled and spandex-clad women I worked with in the 80s, women who became my heroes in the ways people do when you realize they are as magnificent and relevant as any celebrity. And that was Prince’s gift to many of us – he made us see each other as stars, for all our simple loves and complicated eccentricities, all the things we had in common and all the things that made us separate.  For all this, but for one thing above all others, I thank you, Prince. You helped me pay rent like a motherfucker and I salute you for money, for sex, for art, forever.