Marinka, Queen of the Amazons -- Rest In Power 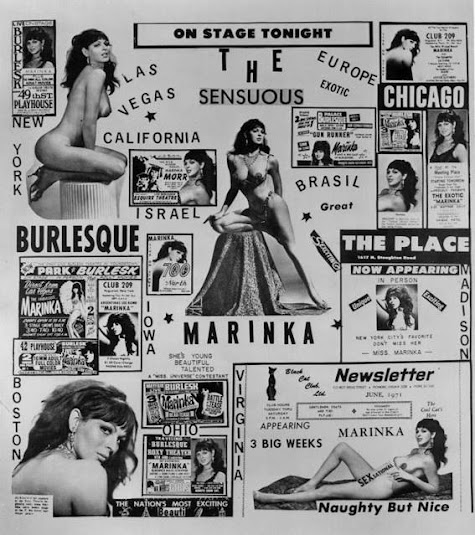 On February 16 My friend Blanche Debris called me to let me know that she had been sitting at Marinka’s side as she fell asleep and did not wake up. I’ve been at a loss for written words ever since. For now I just want to give you a sense of her and her magic.

I knew Marinka for over ten years. I met her at the annual fundraiser for the BHoF museum, The Burlesque Hall of Fame Weekender, where veterans of 20th-century burlesque are known as Legends. One of the most amazing experiences I’ve had in my burlesque life has been to see these performers live, listen to them talk, and get to know them personally. I have loved how the Weekender, which started out as a burlesque-professionals reunion organized by striptease performer and activist Jennie Lee, introduced these Legends to those who are indebted to their art form, the 21st-century burlesque performers and fans. The Legends are a loving bunch of rowdy story-tellers, and we are lucky to know them! 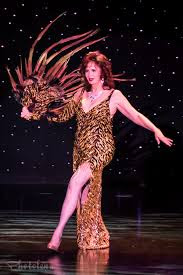 Above: Marinka performing at BHoF 2016.
Photo from Burlesque Beat's coverage of that event.

Marinka had the gift of connection, as a fabulous and friendly person who carried herself with the air of someone who knows her value is high and she can afford to be gracious -- though she could be a tiger if someone tried to suppress her in any way, as many found out at the Legends' panels during the BHoF Weekender. Along with Indigo Blue and Paula The Swedish Housewife, I helped her produce her class "Fucking the Curtain" at BHoF and for the New York Burlesque Festival, and she was a student favorite, managing to be erotic, funny, and elegant all at once as she helped them hump. 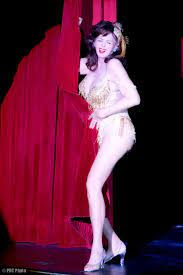 Above: Marinka fucks the curtain.
Photo from Burlesque Beat.

I recorded an interview with Marinka on January 6 and had been hoping to do a follow-up interview to round it out. The January 6 interview had gotten very personal, as in being much of a conversation about how we felt about each other, which lit up my heart but isn’t necessarily useful for fans and scholars wanting to learn more about her and her times. Furthermore, Marinka was managing pain from cancer, which I prefer not to talk about at the moment. The video just may not be suitable to post in full on YouTube. I’m still working to edit parts of it into a useful video, but since editing video isn’t in my skill set, it’s taking awhile as I collaborate with another of her friends. However, if you want to see the entire interview just let me know -- Marinka and I agreed it should be available to all of her fans. For now, enjoy this clip. I'm so grateful to Miz Charlamay and Burlycares who helped make our meeting possible.

Be sure to check out Marinka's revealing and gorgeous book, From Havana to Burlesque , and enjoy her spectacular life story about coming to the United States, discovering burlesque, and becoming her true self. It's a thoroughly entertaining, thoroughly important book.

The book is also the first time one of our BHoF legends has come out as trans, which is very powerful. Trans and nonbinary people of Marinka's generation often simply are not experiencing the same conditions that younger people are living in, with some support from social media. Make no mistake, being trans is still a challenge in this culture, and we are not in a post-transphobic world by any means. But it is something else to come out after generations of keeping that secret, less than a year before passing on. Marinka's message, in her book and her interviews since the book came out, is that it is time. I wish she had felt safer sooner. And I wish we had gotten to see her on the Legends' Panel at BHoF at least one more time, to talk about that in front of that adoring crowd, full of her readers and fans. 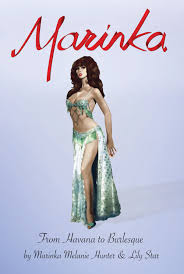 And just a reminder -- if you have any cherished elders, ask them if they will allow the gift of recorded conversations and interviews. Whether or not they are good for YouTube or TikTok or a formal podcast, they are precious history for those who need to hear it -- as Marinka knew and said.