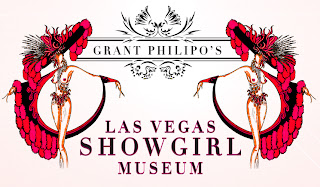 Showgirls, Showboys, and Vegas-style Burlesque With Grant Philipo
Saturday, June 1, 2015 3:30pm - 4:30pm
$5 at the door, advance tickets here
Drawing from his extensive experience as a producer, writer, choreographer and designer in Los Angeles and Las Vegas, Grant Philipo shares historical and anecdotal information about the trajectory of showgirls, showboys, and burlesque dancers in the Vegas area.
To attend this presentation, visit:
http://bhofweekend.com/schedule-of-events/bhof-finishing-school/


Born and raised in Iowa, Grant Philipo is the youngest person to ever produce a full-scale, 35 plus cast member, multi-million dollar spectacular for a major Las Vegas Strip property.  His "90 Degrees & Rising" premiered at the Dunes Hotel & Casino to rave reviews.  Most impressive is the fact that "90 Degrees & Rising" was produced for a fraction of the amount spent on similar Strip extravaganzas.  www.RisingIncSpectaculars.com

Grant's career has taken him from years of artistic, vocal and dramatic achievements and awards, to professional careers as a lead singer/dancer and makeup artist, to being a top high-fashion model, and on to working alongside and designing with and for such greats as Bob Mackie, Michael Travis, Dolly Parton, Ann-Margret, Eartha Kitt and Liberace, to mention just a few.  Grant has earned scholarships, and performed and trained others at the Des Moines Museum of Art, USC San Diego, Stage 7 (San Diego’s only Professional Entertainment Academy),  Barbizon, San Diego Ballet Company and the Pygmalion Institute in Las Vegas.   For a number of years, Philipo's costumes have been displayed alongside Bob Mackie’s and others at UNLV’s Art Museum Showing of “The Las Vegas Showgirl,” as well as been featured on MTV, Biography, A&E and the Billboard Music Awards.

Grant's award-winning shows and costumes have graced almost every stage in Las Vegas, as well as a number of those in Los Angeles, Puerto Rico, Hawaii, Japan and Mexico.  Unlike others in his profession, he produces, writes, designs, directs and stages all of his own shows. His costume collection contains the largest number of privately owned Bob Mackie creations, as well as numerous pieces by Pete Menefee and Michael Travis, as well as many equally stunning Grant Philipo Originals.  As the onetime Artistic Director for the Hollywood Wax Museums, Grant's re-creations of garments worn by stars and royalty are still on display in both the Los Angeles and Branson, Missouri, locations, as well as in Fong's Wax Museum at Fisherman's Wharf in San Francisco, and the Guinness World Book of Records Museums in California and Florida.  Philipo's work had also been on display at the now closed Movieland Wax Museum in Buena Park, California.

The Burlesque Hall of Fame Finishing School is sponsored by Burlycon http://www.burlycon.org