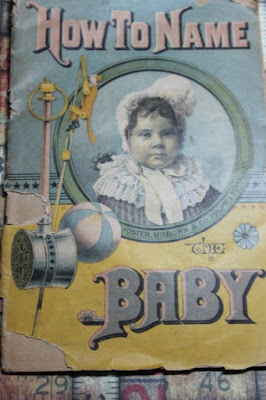 Stage Names for Burlesque Success
When I ask new students what they consider the purpose of a stage name to be, they give me a lot of great answers. “To establish a character.” “To separate your stage persona from your normal business life.” “To fulfill your vision of yourself.” “To mark a new era of your life.” “To name your artist self.”
This is all true and important. However, if they are thinking about performing with any regularity, it’s important for them to think about branding as well. The word branding can be used in a lot of really obnoxious and dehumanizing ways, but it’s a professional must, so look at it in the sense of creating professional and artistic ease and freedom. What, for purposes of branding, does a new burlesque performer need to consider?
The hardest part of this is often that the most burlesquey-sounding names are all taken. Cat references, color references, French names, etc. What’s a newbie to do? Consider the following:
1. Google. They need to make sure that when they do an internet search for their name, no one with a similar names comes up. If someone has had that name or a very similar name, no matter what field they are in, the name is a liability. It doesn’t matter if the name is used by a person real or imagined, dead or alive, by a drag queen, an anxiety medication, or a zoo animal. Brands should have a unique web presence. All they have to do to test their name for searchability is do a search on it. If it comes up in that search, they need to get back to the drawing board -- because if someone else has had the name longer, they'll come up first in Google results!

3. Relatability. Does the name feel right to the person wearing it? It needs to sum up more than a gimmick. It must give some kind of deep pleasure to the new bearer of the name, or it’s not the right name.

4. Mouth feel. Is it easy for a host to say? If someone deliberately chooses a name that’s hard to pronounce and then get prickly about people not being able to remember how to pronounce it, it's a bit self-defeating. However, if the name has cultural relevance to the performer, that is an exception.

5. Spelling. Tricky spelling (i.e., Kyttyn Kadyllak) makes it highly likely that the name will be misspelled. I was born with an extremely difficult last name and I can tell anyone, it’s better to have something people can spell in order to avoid constantly enunciating letters over the phone. A new performer picking a name has the option to avoid that lifelong difficulty. Also, it’s kind of rude, unless someone has a really compelling reason, to force people to constantly struggle to spell something when it could have been made easy. If the actual drilling is difficult, however, that’s different—it’s the deliberate difficulty that’s, well, difficult.  Also, being difficult is something else if that’s your goal, but just be mindful that you’ve made that decision.

6. Cultural sensitivity. Students must come up with a name that does not refer to or belittle a culture other than their own. That is unacceptable.

7. Punishment. Really bad puns. I actually love puns, but it will hold a performer back to be stuck with a pun name that’s only funny once, even if everyone in the class bursts into laughter at the sound of it. Also, puns that are just one long word cut into two parts aren’t really puns. They are just confusing.

10. Foul language. I love it, but it’ll get flagged all the time on social media.
I have new students play a game to foster the ideas both of collaboration and originality. In the game, each of them has to choose the name of a flower and the name of a cheese and combine them for a temporary stage name. We go around the class in a circle, with each person choosing her name. Poppy Parmesan. Bleu Daisy. Lily Muenster.
They are required to make sure that they don’t use an element, either a cheese or a flower, that someone else has used. When there are a lot of people in the class and a given person is later in the game, they tend to have a harder time, so the class is encouraged to help them by calling out suggestions. If a student accidentally uses an element another student has already used, the student who already used it has to defend their good name.
The game is intended to promote both courage in defending one’s own brand, and a sense of community in helping those who have fewer choices. It’s a silly, serious game.
There are performers who have had success while ignoring some of these guidelines. It's possible many of whom you have not heard did less well because of not knowing or following them. However, what’s most important is not that a new student follows the guidelines, but that they understand why these guidelines are suggested. If a student is willing to eschew a smoother, more professional entry into the world of performing burlesque, that is up to them. However, I would be a bad teacher if I didn’t let them know the price they might pay.
My goal as a teacher, especially in matters of professionalism and business concerns, is to help students get what they want. I don’t care if they agree with my philosophies of life and art, or if they do what burlesque authorities and experts think is best. I care if, once they’ve made a commitment to give burlesque a try in the public eye, they get the results they want: appreciation, fun, more bookings. My suggestions are all intended to support students’ success.
C. Jo Weldon
Suggest any edits to this article by sending an email to schoolofburlesqueatgmaildotcom
If you found this article helpful, consider tipping me! This blog is not monetized in any other way.

This article was previously posted on Tumblr, who changed their policies and started blocking my posts from public view and search result. Boooooo, Tumblr.