Showing posts from June, 2009
Show all

Patti Waggin Book on the Way! 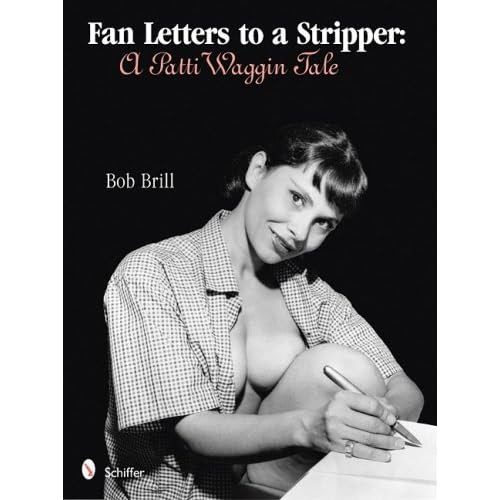 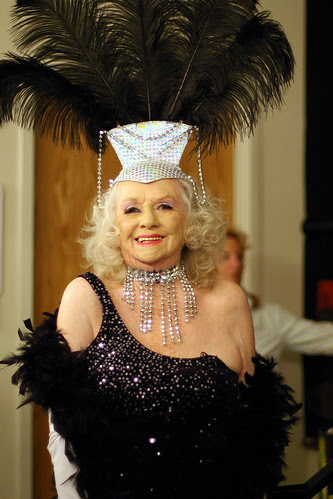 There's a fantastic article in Paraphilia Magazine Issue 3, pages 43-65. You can open and read the issue at the site.
1 comment
Read more

First-Timers at the Burlesque Hall of Fame Weekender! 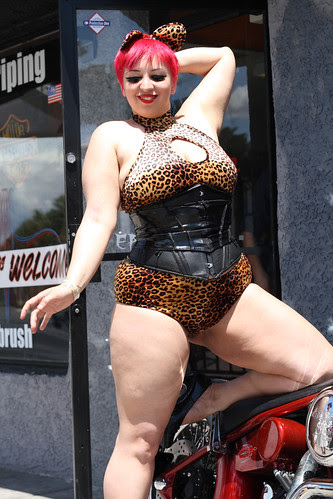 I am fortunate that I get to teach and constantly see people get excited about music, moves, and routines by which some experienced performers get bored. I also get to spend time with burlesque legends and have my respect for and joy in them constantly renewed. Burlesque just doesn't get old for me! I was moved by the comments many of my students and other first-timers made to me at the Burlesque Hall of Fame Weekender earlier this month, and I collected a few of them. This is part one--there is much more to come! Note, none of the photos in this article are by me; all are courtesy of the subjects. "My experience to landing in Vegas for the first time, partaking in the Pinup Safari and working with various and amazing photographers, seeing my idols on stage, meeting the legends and making friends that will last a lifetime is only a snippet of the amazing experience that I am still processing. This is a weekend that I will continue to make a tradition for years to come!"
2 comments
Read more 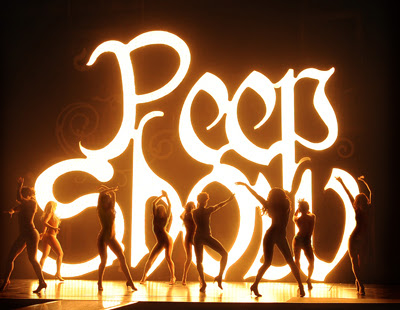 "PEEPSHOW is the new, sophisticated, ultra-hot show starring pop superstar Mel B (of the world famous Spice Girls) and General Hospital’s Kelly Monaco (Dancing with the Stars champion). PEEPSHOW is a full-throttle production show accompanied by a red-hot live band and 25 sizzling dancers and performers from the worlds of pop music, film, television and Broadway. Created by an award-winning team, PEEPSHOW combines sexy striptease, playful storytelling and celebrity star power." I got to see this show while I was in Las Vegas for the Burlesque Hall of Fame Weekender, and it was definitely some fun! When I can, I try to go to burlesque shows that happen outside of the burlesque community of which I'm a part. I want to have an informed opinion, after all. “There is a principle which is a bar against all information, which is proof against all arguments, and which cannot fail to keep a man in everlasting ignorance—that principle is contempt prior to investigation.” http://
Post a Comment
Read more 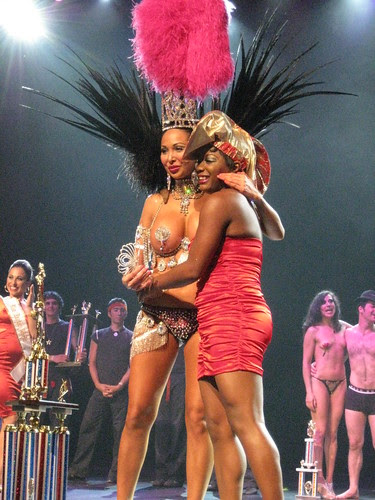 Above: Kalani Kokonuts with Pearle Noir at the BHOF pageant this past Saturday. In honor of Kalani's winning weekend, I'm reposting my interview with her from last year. Kalani Takes the Stage at MEW 2006. Photo by Jo Weldon. How did you get interested in burlesque? I was stripping underage in a topless biker bar in Alaska, when I first saw a ''feature entertainer.'' Features are week long acts that are booked to perform about 3-4 shows a night. They usually have centerfold credits or they can be porn actresses. Week after week the club would book different acts. Some were good, some were not so good. It seemed very glamorous to me. So I watched the features every night and learned. When I turned 21 I decided that if I wanted to perform and improve I would have to move where I thought the best performers were. I packed all my costumes into the back of my truck, I had six trunks and that was all that would fit. So I left everything else. Then I drove
2 comments
Read more

Above: One of my twitpics of the Gotham Glitter Balls Bowling Team from last night's Bare Cats Burlesque Bowling Tournament. The gang is twittering like crazy here in Vegas. The twitter tag to search is #BHOF. My Twitter: http://twitter.com/joweldon
Post a Comment
Read more