Above: The Hand, performed by Julie Atlas Muz.

Students have been asking me about what’s up with this situation, and asked about some scenarios. To make it clear, responding to those questions, this situation is NOT about being inspired by someone, not about two people who used to work together disagreeing about who should still be using the work, two people coming up with the same idea independently, or lifting a signature move, composition element, or gimmick. While those situations can be annoying, they are not the same as wholesale copyright violation. It is about a stranger watching and then lifting a performer’s entire routine, then teaching it to another performer. Seeing it, then doing it. The entire thing.

I lived with Julie, and before that I toured with her, and before that I saw her do this act many times. I refer students to it as a an example of how to commit to a performance, and how to make the most of a small prop. I also describe it to students as the inspiration for my "possessed glove" class exercise. Julie has been doing this act, and it has been known to a wide international audience, for many years before it was performed at Zombie Burlesque in Las Vegas.

What I've been told: The producers of Zombie Burlesque are reported to have watched a video of her, taken the costuming, prop, and choreography, and had their dancers watch a video of her performing it to get the choreography down. A friend of Julie's saw it and alerted her; Julie confronted the producer; they agreed that it was so; then continued to produce the act.

Gossip can beget lawsuits, and defamation lawsuits are a lot of work and a huge expense for the defendant. Be careful how you talk about this story, and remember that anything that can be screenshot can be used against you, even in supposedly private messages. However, I saw Julie's number with my own eyes and heard from her that she had not known they were using her act and she had not granted them rights to the act.

Curious about originality in burlesque?
Read Practicing Originality as Part of the Learning Process: Originating from The Heart. 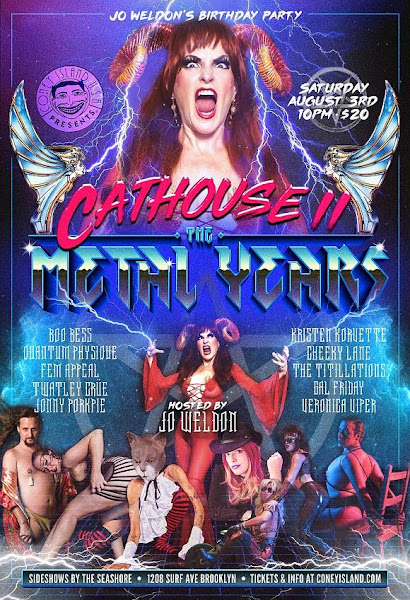