Jen in the middle. Image from Go Magazine's "100 Women We Love."

With the New York Burlesque Festival almost upon us, this seemed like a great time to nab a quickie interview with Producer/Entrepreneur/All-Around-Hottie, Jen Gapay! Jen is the owner of Thirsty Girl Productions, which produces the NYBF with the Pontani Sisters, and I'm happy to have a chance to tip my pastie to one of the most charming and hard-working producers in the scene. What would we do without her?

How did you become involved with producing?
I was born in Sacramento California, hopped around on the East Coast (NY, Virginia & Maryland) until I was 10. Then we moved to Montana where I spent my “formative years” growing up in Big Fork. I went to college in Missoula Montana and it was there where I started putting on shows. The first show I ever organized was a benefit for a non-profit that I was working for, which involved booking a couple bands and selling beers in a union hall. Shortly after I fell in love with a local band and a girl in the band and started managing them and booking rock shows and I’ve been hooked on shows, and girls, ever since.

How did you get interested in producing burlesque?
I moved to Seattle in 1996 and this is when I started to take my events to another level. I founded my company, Thirsty Girl Productions, and started The Capital Hill Block Party (still in existence) and also threw a weekly lesbian party called Soire De Femme. There was a female dance troupe called The Pussy Cat Dolls who I use to book, and although none of us knew it at the time, they were doing burlesque.
When I moved to New York in 2000, I got a job at the Village Voice as there Promotions Director and started booking burlesque acts at our events and in 2002 booked my first burlesque show as part of the Siren Music Festival.

What have been some of your favorite experiences producing the festival?
My favorite part about producing the burlesque festival has been watching all the great performers and how they have evolved over the years and getting to know the burlesque community and making some great friends along the way.

How is it different now than the first festival?
The first New York Burlesque Festival we sold out each venue and had approximately 800 people attend and, last year we had over 1500, so we’ve almost doubled in size.

How is producing a burlesque event different from producing other events?
Producing a burlesque event is different than producing other performance based events in that you deal more with individual performers, rather than their management, and since performances are short you have to deal with a lot more individuals. From an organizational standpoint, all events are about the details; it’s just that some details are a little more fun and interesting to keep track of then others.

What are some things you've produced besides burlesque shows?
I was the founder and producer of The Capital Hill Block Party in Seattle from 1997-1999, and the founder and producer of the Siren Music Festival from 2001-2002.
I have been in Special Events Director at Astroland Amusement Park for the last 5 years and have worked with the Village Halloween Parade in various capacities since 2000.
I’m also the co-producer of an amazing variety show called Sxip’s Hour of Charm. And this summer I worked on one of my biggest events to date, which was co-producing The Establishment, A New World Cabaret Experience held in a circus tent at The Rothbury Music Festival over 4th of July weekend.

What would you like to do next?
Join the circus. 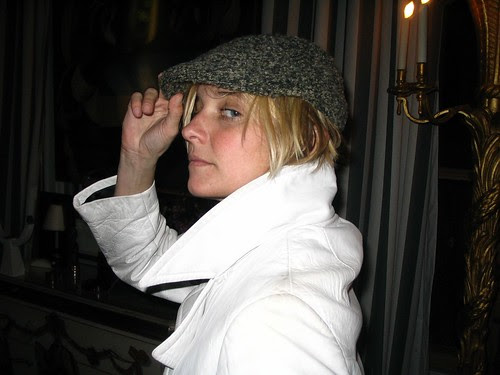