November 02, 2007
I first found out about "Sparky Lobo's Burlesque Emporium" when the owner contacted me to find out if I do banner exchanges. Although I don't have a banner, I'm always happy to find out more about people who are interested in burlesque, whether they are motivated by art, commerce, or something entirely other. Sparky sells prints and merchandise featuring vintage burlesque performers, and some of the images were quite new to me. I could tell from the way she talked about the products that she's developed a certain fondness for the women in them and the world they represented. All the images in this article are courtesy of Sparky Lobo's Burlesque Emporium. 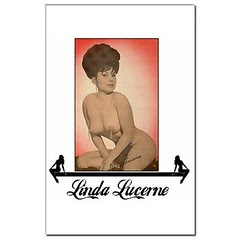 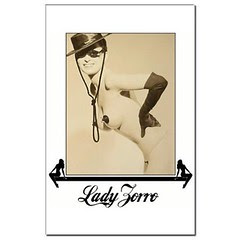 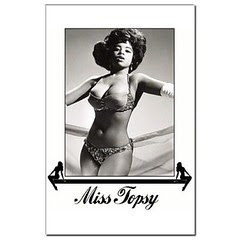 How did you come across these pictures, and what did you think when you first saw them?
I went to a friend's home, to buy some other antiques from an estate he was clearing out for his Uncle, and saw several big file boxes marked photos. Being addicted to "old paper" (postcards, books, etc.), I had to take a peek inside. What I saw were hundreds of old black&white glossy promo photos of lovely ladies in various stages of, shall we say, "deshabille"... My friend had some other buyers in lined up for the pix, and I did miss out on a couple of boxes, but I managed to persuade him to sell me the lions share.
Turns out his Uncle's Uncle was Rose La Rose's theatre office manager (I think his name was Bill Smith), and he brought home all the photo archives when the theatres closed. The pix were found in very good condition. Thankfully they weren't stored in the basement, which was where some props and costumes were found, sadly moldy and ruined.

Did you know anything about burlesque when you started selling them?
I didn't know anything about the Burlesque world, except of course I'd seen the film, Gypsy Rose Lee, with Natalie Wood, and always remembered the fun "You gotta have a gimmick" song. My ol' Pop was fond of pin-up girls, and I always liked the Vargas prints from his Playboy magazines. I named my online store for my Pop. "Sparky Lobo" was his faithful dog, who was 1/2-wolf, and, well, my Pop was a bit of a wolf himself. I'm sure "the girl's" heard plenty of wolf-whistles in their day, so it seems appropriate.
But I had assumed live "Burlesque" had died. I quickly found out otherwise, and have enjoyed reading the many websites and blogs I've since encountered, including this one, of course.
As a long-time antiques/collectibles/ebay dealer, I knew the pix had some market value, but I had no idea they would sell as well as they did. I was very happy for myself, from a monetary point of view, but I was also happy that I was able to get a desirable chunk of history into the hands of the people who really appreciate it. I think that's one of the super things about my job, and about ebay. Matching items with buyers who would not come together any other way. 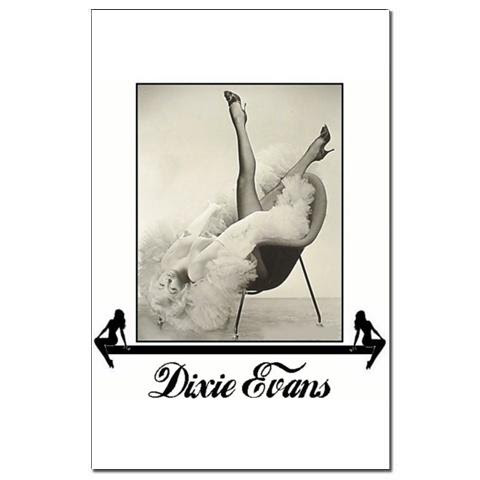 Did you expect the response you've gotten to them?
I was pleasantly surprised to find that there are so many keeping Burly-Q alive. I found some were "the girls" themselves, buying back their history. And many were fans with fond memories, replacing their lost souvenirs on ebay. Early on in my listings, (which took 18 months of full-time selling to list them all), I was told that I had the "Mother-Lode". It really was fascinating as I learned a little more about Burlesque. Besides the photos, I also had books and magazines, newspaper clippings of articles and ads, promo brochures, letters... and I read them all.

What are some of your favorites, and why?
My favorite would have to be Rose La Rose, as this whole collection came about because of her. She owned the 2 theatres in Toledo, Ohio, where my girls performed. Roses promo pix are from a bit earlier time period, and have more of that "vintage" look. There was a lot of back story about her in the archives, and her story was very interesting. 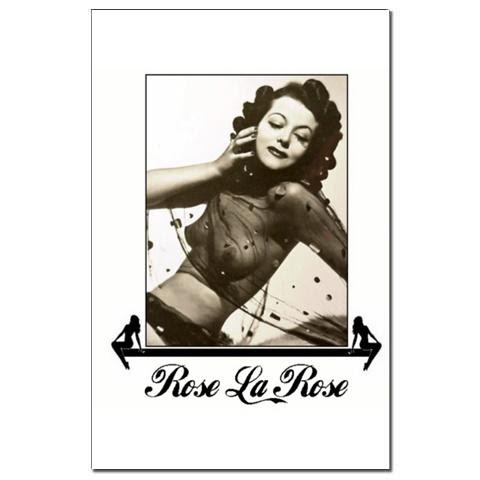 My other favorites would probably be the ones whose pix brought the highest prices (sorry to sound so mercenary, but selling is my business), such as IRMA The BODY, Betty "Blue Eyes" Howard, Carmela "The Sophia Loren of Burlesque", and Taffey O'Neil to name but a few of many. I'm also fond of the one's who look like someone I know, like Libby Jones, Miss Topsy, Sonia Syzinski (I won't name names as to whom they resemble,in case they read this...)
I really hate to choose, as they all are "my girls". I spent a LOT of time with them, photographing each photo, writing the ads, and packing them up to ship them to their new homes. I never expected to be on such intimate terms with so many naked women! I work alone, and sometimes found myself talking to them... oops, too much information... 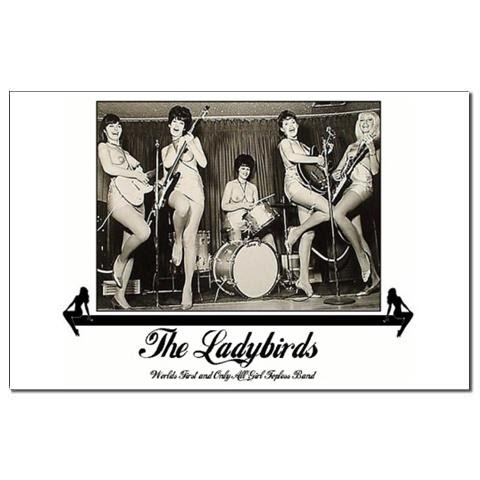 What has been your most interesting experience with a collector?
All of my interaction was just online. I had dozens of different buyers, and a many were serious repeat buyers. Several do stand out for me, and I hope to make it to the Las Vegas get-together one of these years, to put some faces with names.
More than once I was told that the buyer had had a date with, or a crush on, the girl whose pic he was so happy to have found. I had a few people saying it was their Mother or Aunt in the pic. Some pix were bought as gifts for Fathers. And locally, whenever I talked about my pix and Rose's theatres, I can't even count how many guys said "Oh, I went there for my 18th birthday" or "when I was in the service, on leave" or "I remeber that place - oh yeah!"
One man I enjoyed dealing with is ebay name the-roxy. He's is an author and expert on the local Burlesque scene "back in the day", especially performers from Rose's theatres. He has a huge collection, and has donated most/all to a college museum. He'd be a great one to interview for your blog.
Really, everyone that I had even the shortest email conversation with was wonderful. I have sold on ebay for 8 years (under the name honeywestantiques), and my time with Rose's girls was the best time ever. The bidders were so happy to see my listings, and had nothing but nice things to say. I didn't want it to end.
Which is why I decided to start my online store, SPARKY LOBO'S BURLESQUE EMPORIUM ( http://www.cafepress.com/sparkylobo ), and sell nice new digital prints, and matching t-shirts and coffe mugs, and more. It's taken me some time to get some pix edited and uploaded, and I have 100's more to do, but I think there is a good representative group already in my inventory.

Anonymous said…
I just moved into a new house and have been looking for wall decorations. Bingo!
November 8, 2007 at 7:36 PM