Cleaning Out my Underwear Drawer

on July 11, 2007
While working on the cleanup for gstringsforever.com, I found a few links still alive to older articles about neo-burlesque. Enjoy!

' "We have been getting all types at the shows," Baldwin says proudly. "We get young people, hipsters, people who know nothing about burlesque, and others who've had their interest piqued. The best is when we get these ninety-year old people who actually remember burlesque from the first time around. We had this one old guy sitting in the front row, catcalling the girls. He had a great time. When they come up to us afterward and say we really had it down, that is very cool." '

Above: Michelle Baldwin at the New York Burlesque Festival.
Article in The Denver Westword, June 22, 2000

'Neo-burlesque comes out of two tendencies: One is the American Gothic stream, the stomping ground of David Lynch movies, S-&-M punk band the Cramps or drag queen Divine; the other is pop culture's ongoing affair with nostalgia. With talking heads like Wendy Shalit promoting a return to fifties-style "sexual modesty," counterculturalists are harking back to the same period's model of the risqué.'
Article in The Toronto Globe and Mail, February 12, 2000.

'The main difference between burlesque and an ordinary strip show, according to Fred and practically any other burlesque performer that you might ask, is that while there's a certain power struggle that goes on at a strip club between the performers and the audience, burlesque is all about being sexy and having fun. As a result it opens itself up to being a much more varied and artistic medium, and lends itself to being easily spliced with other forms of entertainment. Game shows, for instance.'

Above: 100 useless This or That dollars! Funny money from the game show, featuring the Great Fredini's visage.
Article in Free Williamsburg, August 2002.
burlesque as it was coney island neo-burlesque

Michelle Baldwin said…
Whoa- that was the second full article about our troupe- I feel like I just entered the 'way-back' machine!

I LOVE that photo...my ass looks so hot!! 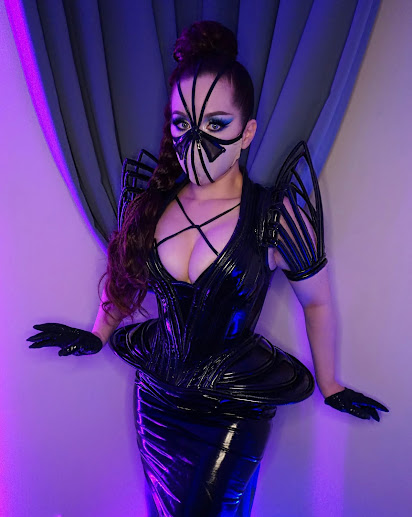 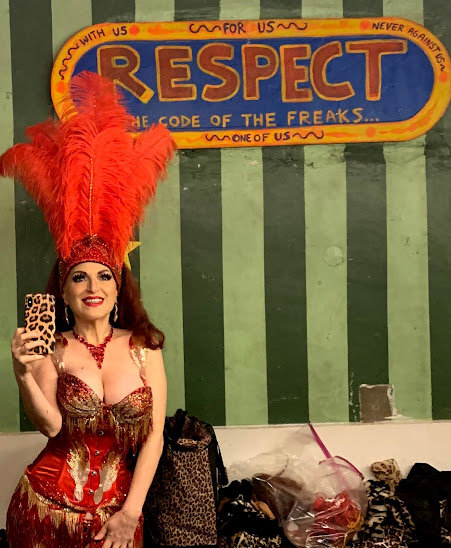